​The Winter 2021, issue of The Silurian News, a publication for veteran New York-based writers, editors, and producers printed a feature on how I found the immigrants to interview and paint  It also mentioned the scheduled April 2021, show at the OSilas Gallery at Concordia College in Bronxville, NY. 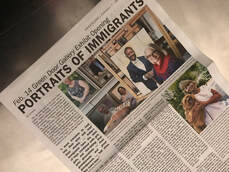 Greenline, the North Brooklyn newspaper, did a full page feature story in February, 2020, to preview the opening of the exhibition in the
Williamsburg section of Brooklyn. You can read the story by clicking on the photo to the left. 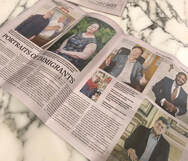 ​The Tablet, a publication of the Catholic Diocese of Brooklyn and Queens, ran a double-page spread on the exhibition the week before the show opened in the Green Door Gallery, which is run by the Divine Mercy Parish in Williamsburg.  You can read that story by clicking on the picture to the left.  Bishop Nicholas DiMarzio, who has done years of work to help welcome and settle immigrants and refugees, invited me to exhibit in the Green Door Gallery.

Brooklyn's Catholic media station, NETNY-TV ran a two-minute story on the exhibition the week before it opened in February, 2020, interviewing not only me, but also two of the immigrants I painted.  Click on the logo to see the video.

​FineArtConnoisseur.com ran a story about the exhibit in June, 2019, that was written by Editor-n-chief Peter Trippi.  You can click on the logo to the left to link to it.

Reuters News Agency ran a story about the exhibit on March 23, 2019.  Writer Peter Szekely came to the show when it was in Midtown Manhattan and sent a photographer to the show when it opened in The Riverside Church of New York.  Click on the Reuters logo to read his story and see the slide show.

Writer Karen Feld wrote a lovely profile of me and the exhibition that's on the NYCitywoman.com website.  Click the logo to the left to read her story. 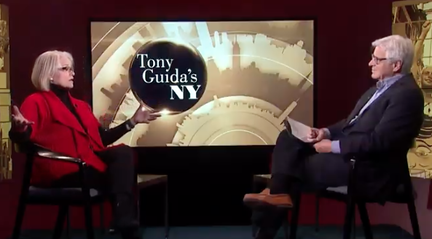 My fellow WCBS-TV alum Tony Guida invited me to be on his CUNY-TV show to talk about my portraits and stories of immigrants.  The show first aired on March 6, 2019, the day the exhibition opened uptown in The Riverside Church, and was repeated multiple times.  Click on the photo to watch.  Runs 26 minutes. 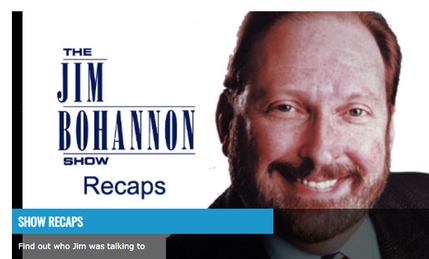 ​Jim Bohannon, one of the top radio talk show hosts in the country, interviewed me about the exhibition.  The segment aired on March 6, 2019, the day the show opened at The Riverside Church.  You can click on the logo to hear that interview.

Immigration Attorney Brad Bernstein, host of the web-based program "Brad Show Live," came to the exhibition at Saint Thomas Church in and had me give him the "grand tour" of the portraits and stories.  Of course, Brad came with a producer and camerawoman, who caught the whole thing on video for their audience.  It ran for more than 15 minutes on February 20, 2019, for their tens of thousands of viewers from all over the world.  Click on the logo to take the tour. 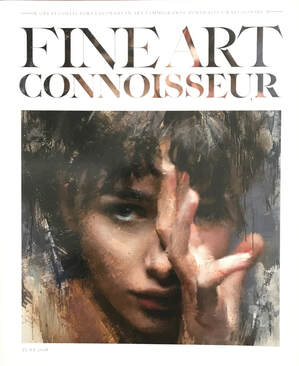 
​  "Portraits of Immigrants" was featured in the May-June, 2018,
issue of Fine Art Connoisseur magazine by Editor-in-Chief
Peter Trippi.

Writer Pamela Lewis came to my studio early in 2018 to cover the project for Episcopal Journal and later also for Episcopal New Yorker.  This was just prior to the May, 2018, preview exhibition in Long Island City. 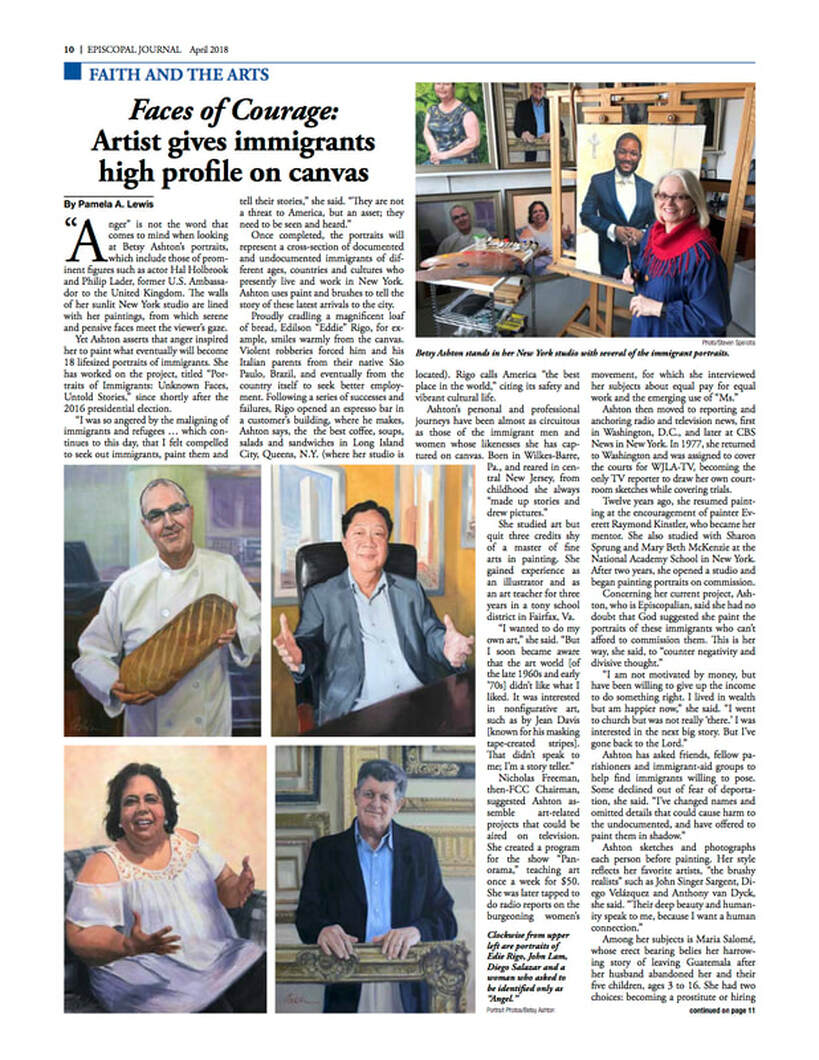 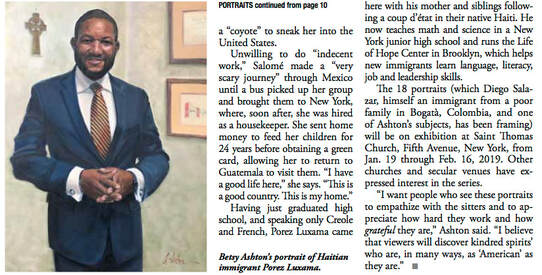